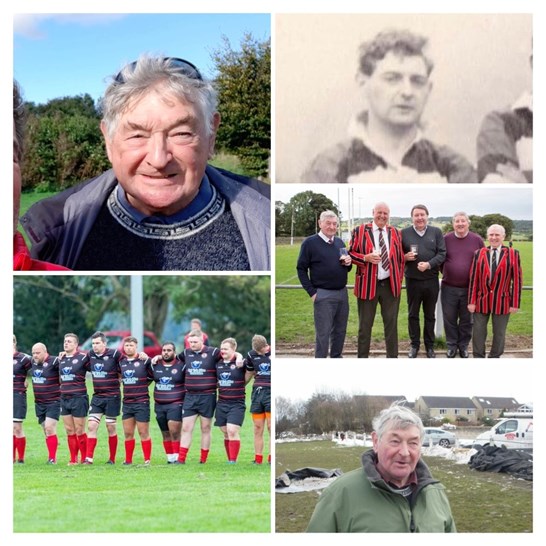 Baildon RUFC are sad to announce the death of club legend Harry Ormerod.

Harry was a past President of Baildon (1979-1981). Harry served on the committee in many roles, including Chairman. His Chairmanship of the club spanned our centenary year, two finals at Twickenham in the RFU Junior Vase, saw the club awarded RFU Seal of Approval status and granted significant lottery funding for our floodlights.

Harry’s contribution to rugby in Baildon includes establishing age grade rugby in 1972 when “mini and junior” rugby was in its infancy and had only been adopted by a handful of clubs in Yorkshire.

Harry was quiet, modest and unfailingly kind. His vision and enthusiasm drove our club forward and drew people to feel able to contribute. His mentorship was key to a number of past and current committee members becoming involved.

Many players acknowledge Harry’s significance in their decision to play rugby, many more are likely unaware of how he enabled them to take up and continue in our great sport.

Harry cared about people. On the committee he was frequently described as a peacemaker, but could be pragmatic and was a source of common sense. He went the extra mile to look after people, often doing so quietly and without fuss or acknowledgement.

When others only talked, Harry did. Perhaps the best example of this was how Harry mobilised an army of volunteers to clear snow from our pitch to allow an important semi-final to take place.

Harry was involved in our forthcoming Baildon Tackles Cancer Day and had been planning to attend despite his health issues.

Harry’s wishes were for a private family funeral with no wake.

Both 1st and 2nd XV marked Harry’s death with a minute silence before their last home matches.

Many club members will want to mark Harry’s lifelong contribution to our club. All of us will remember Harry frequently and celebrate his life in rugby each in our own way.

We understand that a celebration of Harry’s life is planned for 3rd December and the club is liaising with Harry’s family to ensure that the club will be represented.